All 3 DVDs (see below) in one unique box set. Filmed with super slow motion cameras and using cinematic lighting judo will never look the same again! Inoue will include all of the 2000 Olympic champion's secrets, training methods and techniques.

Everything is filmed in a studio, followed by Inoue's competition examples from around the world. There is also an exclusive hour long interview with Inoue that spans the three DVDs.

Inoue - The Uchimata Inoue reveals everything about Uchimata, from how it became his favourite technique, to Uchikomi, training methods and a breakdown of every one of his eight different variations of Uchimata. The DVD also contains analysis and interview with Inoue on the 2000 Olympic Games, when he produced arguably the greatest Olympic performance and throw of all time. Inoue also speaks about starting judo and his incredible Ippon judo mentality.

Inoue - The Uchimata shows all the fundamentals to Inoue's world famous technique. It includes an in-depth look at the training techniques, Uchikomi drills and the difference in Uchimata when fighting against right or left handed opponents.

Inoue also breaks down the job of every body part when entering and throwing with Uchimata.

In an exclusive interview with Fighting Films Inoue speaks about the greatest day of his life, when in the summer of 2000 he became Olympic Champion.

Inoue reveals his attitude going into the Games, his tactics in the -100kg final and how he managed to produce, arguably the greatest throw and Olympic judo display of all time.

In this first DVD Inoue also talks about his early days in judo, his introduction to Uchimata and his incredible Ippon judo philosophy.

Shot with super slow motion cameras and with cinematic lighting, Inoue - The Uchimata has some incredible art-house sequences, including silhouette Uchikomi to music and super slo-mo shots of Inoue's foot movement and throws in the Uchimata sections.

All this and much more in Inoue - The Uchimata.

Inoue - The Judoka
'Inoue - The Judoka' contains everything about Inoue's Kumi-kata. See how Inoue became one of the world's best grip fighters, how he fought against right and left handed opposition and how he set up opponents for his deadly Uchimata. Inoue also reveals his Ouchi-gari, the foil to his Uchimata. In the interview Inoue talks about winning the 1999 and 2001 World Championships, and when, in 2001, he became the first non super-heavyweight to win the All Japan Championships since 1974

Inoue - The Judoka, takes an extensive look at how Kosei Inoue became one of the best grip fighters in world judo.

In this second of three DVDs Inoue reveals everything about his Kumi-kata and how his dominance in gripping allowed him to throw so many opponents for Ippon.

Inoue demonstrates how he controlled opponents with Eastern European gripping and those with an extreme left or right stance.

Inoue explains the fundamentals to Ouchi-gari; the entry, the posture, the hands, the feet and the throw.

Inoue - The Judoka examines the period between 1999 and 2001, when the Japanese fighter was untouchable at international level.

With much more from the exclusive interview with Fighting Films, Inoue reveals everything about the 1999 and 2001 World Championships, from his morale and mentality prior to the tournaments, to his tactics and emotions on the day of competition.

With exclusive footage from Japan, Inoue speaks about fighting in Japan and the domestic rivalry with super-heavyweight Shinichi Shinohara in the All Japan Championships. After losing to him in 1998, Inoue gives an insight into the three years he spent training to beat Shinohara and how it felt, in 2001, to become the first non super-heavyweight to win the All Japans since 1974.

Inoue - The Samurai
'Inoue - The Samurai'. In the most significant part of the exclusive interview, Inoue gives a remarkable insight into his Samurai tradition and the philosophy behind his judo. Inoue reveals his Harai-goshi, Osoto-gari, Ashi-waza, Shime-waza and three different Seoi-nages that he used in competition. We see how Inoue obliterated all opposition at the 2003 World Championships, the crushing lows of losing at the 2004 Olympic Games and a two-year injury absence, and his comeback at +100kgs, when he won the 2007 Paris Tournament

The final DVD in the trilogy, Inoue - The Samurai, explores the mindset and philosophy of Kosei Inoue.

The DVD is focused on the period between 2003 and 2008. In the most substantial part of the exclusive interview Inoue talks about his Samurai way of thinking and his mentality going into the 2003 World Championships.

He explains the highs of winning the 2003 Worlds infront of a home crowd, and the devastating lows of crashing out of the 2004 Olympic Games.

In the most challenging part of his life Inoue speaks about how he dealt with failure at the Games, a devastating injury in early 2005 and the death of his brother, all within a year. Despite suffering a torn shoulder at the start of the 2005 Kano Cup final, Inoue not only continued to fight but threw his opponent for Ippon.

Inoue reveals everything about his unique Harai-goshi - the throw that he won the 2003 World Championships with. His Osoto-gari and Ashi-waza - techniques that he used regularly in Japanese competitions - are fully uncovered.

All three types of Inoue's Seoi-nage - Morote, Yama-arashi and Sode - and his special weapon on the ground, his Shime-waza, are first demonstrated in a studio and followed by Inoue's competition examples.

In the concluding section of the interview Inoue talks about his comeback at +100kgs, his first training session back after injury, winning the 2007 Paris Tournament and retirement.

This final DVD gives a remarkable insight into the pressures, emotions and mindset of one of the best judokas of all time. 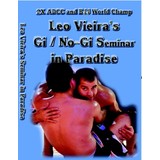 Make 4 interest-free payments of $5.00 fortnightly and receive your order now. 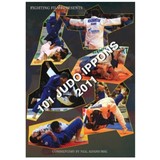 The History of Judo DVD